A man was attacked in his tent in the Bob Marshall Wilderness by a black bear.  This is a very rare event.  Black bears are not likely to attack a human and the fact that it looks like the bear in this event approached the human to attack, is even more astonishing.  During the late summer, fall and early winter, bears spend most of their time feeding in preparation for winter hibernation. This period is called “hyperphagia.” Bears seem to forage frantically, almost the entire day with only short rest periods. Both black and grizzly bears dramatically gain weight during this time, up to forty pounds per week.
This hyperactive feeding period means that bears are moving and more visible, often meaning an increased chance of a human/bear interaction.  For this bear to enter the man’s tent in search for food, whether it was food the camper had or the camper himself, demonstrates a desperate animal.  When a bear becomes too desperate in its need for food, it can compromise its fear of humans to achieve a food source.  There is a chance that this bear may have found food in a tent before and has been conditioned and habituated to make these poor choices.  One thing is clear, something caused this bear to act the way it did.  Loss of habitat, elimination of natural food sources, and heightened environmental stress with drought and wildfire in the area likely caused this bear to take desperate measures to survive.  Sadly the bear was destroyed by wildlife officials to protect the public. Likely the right decision.  But on a high note, the man only sustained minimal injuries and evidence shows that he likely saved his own life by using bear pepper spray.  It’s the very essence of the untamed that draws people to experience it but it can not be forgotten that it can sometimes be dangerous.  Prepare yourself with knowledge and the right gear.  Use common sense and follow your instincts. If you can give the wild that respect, immersing yourself in the wilderness will likely be one of the best experiences in your life.
Check out www.pepperpower.com for tools to keep you safe in the wilderness. Click here for the story.
Tagged Bear Pepper Spray, Black Bear Attack, Bob Marshall Wilderness, Montana, Wildlife
8 Comments
Adventures, Black Bear, Coexist, Fox, Grizzly Bear

We had a WILD time and made friends that will last a lifetime! Click here to book your expedition today! 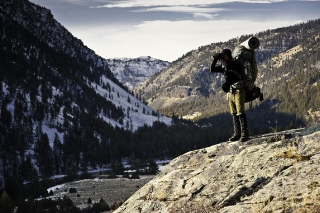 My advice for people interested in pursuing a career similar to mine is simple.  Find the perfect job you would like to have and the people associated with it.  Contact them, offer them your service, volunteer.  Network with people in your desired field as much as possible.  Get educated.  Study as much as you can in the field you love and get all the credentials you can.  Get Experience.  Immerse yourself in the world you’re passionate about.  Gaining first hand knowledge and experience is priceless.  The combo of all of these married with honesty, dignity and hard work will certainly get you on the trail to a dream job.

Some said it was life changing and all m

Some said it was life changing and all made friends for life! #expeditionMT http://youtu.be/rskhTDLUj5g 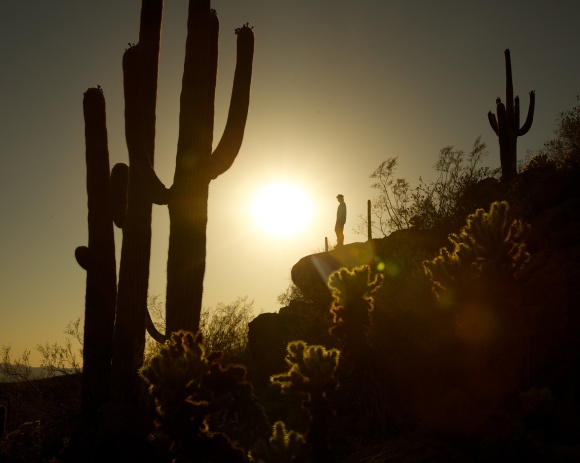 Our National Parks might be the best idea ever!  I live just north of the country’s first National Park, Yellowstone.  After traveling the world, I still think that Yellowstone is the most impressive place on earth.  Wildlife, mountains and geysers are just a few of the quick highlights.  But, here in the USA, we have so many other National Parks to explore.  I have filmed at a great deal of them, and every time I do, I fall in love with them for their own specific reason.  Yosemite’s massive granite walls, The Grand Canyons views, Death Valley’s spring wild flowers and Acadia’s misty shores.  And…that is just the short list!  These jewels are the most valuable resource we have in this country and it is a resource we can preserve and pass on to many more generations.  The purity and freedom that these lands contain is contagious to all that touch it. We have the opportunity to experience this at any time and the responsibility to share it.  The National Parks will live on forever, as long as we continue to value their pricelessness.

When I go out on an adventure, I have one rule, DON’T miss the shot! I like to tell campfire stories, but there is nothing better than backing a story up with an epic moment of footage. For every amazing moment caught on film, there are dozens that will only exist in memory. Even when you are prepared with camera gear and the right intentions, it usually doesn’t go the way you want. But every once in awhile, you hit the jack pot. Here is one shot that put that luck in to perspective. Luck, they say, is where opportunity meets hard work. One camera, one opportunity, and a lot of hard work and educated guesses. Hit record, cross your fingers and sometimes it’s magic….. enjoy…

It was born as of gift from my wonderful aunt Dolores.  It fit like a glove, cut to perfection, a tailor made wilderness crown.  I often wonder what I did before our fateful meeting.  It has become so much a part of ME.  The hat, the beanie, my trademark.  I have worn this hat from the bottom of the grand canyon to the arctic ocean.  I have worn it on the Conan O’Brien show, Oprah, and even to black tie affairs in New York City.  It has become a huge part of my life.  People always ask me, “What’s under that hat?!?”  I mostly like to keep them guessing.  I’ve heard speculation of a bozo the clown balding pattern, to a spiky type mullet.  Truth be told, I actually have quite a mane of hair.  Funny thing is, no one wants to see it now. 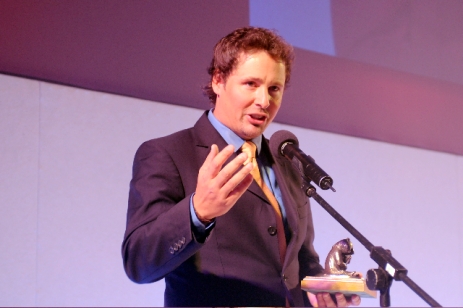 I showed up on a film set to make a commercial one day with my hair styled and ready to go.  The director quickly ask me if I had my hat.  I told him I left it at home.  He told me that nobody would know who I was without it.  He quickly sent his assistant to retrieve it.  Again, my hair only got a glimpse of the light of day.
Now, I just assume, and the hat goes for a ride on my head everywhere.  It has now become part of me.  But, I’m not the only one, other men have followed the same path.  Musicians like U2’s ‘The Edge’ and Zac Brown are all known for their iconic beanie.  In fact, you would hardly recognize them without it!

This hat has been through a lot, but it almost met it’s death recently.  It would have been the kind of legendary death that the hat deserves, but like all things dear to your heart you wish it eternal life.  I was working with a wolverine, when he spotted my hat and  decided he wanted to have it.  In it’s powerful jaws it went, the wolverine giving it a heavy tug.  It was nearly ripped of my head, but my quick reactions saved the hats life.  It would have certainly been torn to shreds.  It now has a lopsided, uneven stretch to its right side, a true battle scar.   As time passes, I fear for the worst.  I watch my poor hat become more and more tattered.  It’s ever growing character is now simultaneously becoming it’s demise.  My aunt and others have desperately tried to find a match, but to no avail.  And, yet, I believe that somewhere out there it exists.  A Chaps brand, skull cap cut, dark navy blue knitted beanie. If you’re out there, come home! 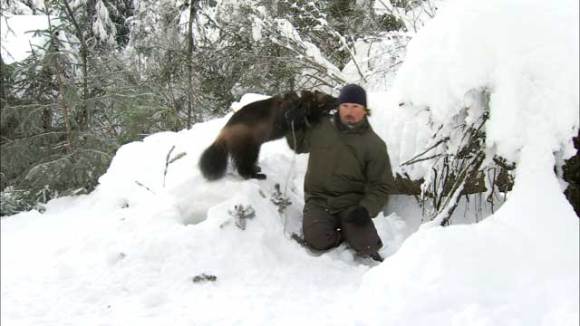 Check out what I found in the cave!